Each raag brings with it a rich cultural heritage derived from the roots of Indian history and traditions. For instance, Miya Malhar, the raag underlying the classic song "Bole re papihara", was reportedly created by Tansen, a star musician in Mughal emperor Akbar's court in the 16th century. I was further intrigued by its similarities with other raags like Megh and Brindabani Sarang despite them evolving from rather different mythology/folk influences. While these three raags are grouped under a common parent scale, Thaat Kafi, subtle notation and rendition differences impart to them their distinctive flavors. This video presents orchestral versions of a few hindi gems based on these sibling raags! #classicalmusic #musiccover #indianclassical #raagmedley

Cover Credits:
Vocalist: Srabasti Acharya
Arrangement: Allen Antony
Mixing Studio: Wavroom
All Video images were found through google search and used for representative purposes only, not for monetization purposes; used only under fair use policy. 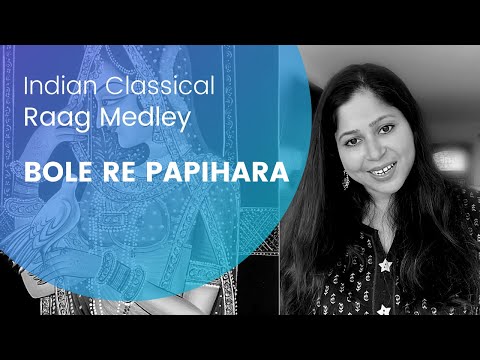 Here is a medley covering some Indian classical based hindi songs: Bole re papihara, Jhooti mooti mitwa, Kahan se aaye badra. Each raag brings with it...