menakan
The film starts with Ashok setting bombs in three places and informing the police about them. Before the police arrive, the bombs are set off. He along with his lady love Maya (Nayanthara), both threaten her old collegemate hacker Arjun (Arya) who starts hacking one system after the other. Ashok then threatens Sridhar Raghavan (Aadukalam Naren) by trying to kill his baby so that he can extract the truth about black money, Ashok murders him in a fit of rage. Arjun, who is particularly irritated by the things happening around him, complains about the misdeeds of Ashok to inspector Prakash (Kishore). When Ashok gets closer to achieving his goals, he gets arrested by the police.

Later, Ashok reveals himself as a former member of an Anti-Terrorist Squad and exposes the scam. Ashok Kumar (Ajith), who is on a mission to expose a scam regarding faulty bullet proof jackets, that are provided to security forces, which resulted in many bloody deaths including his best friend and colleague, Assistant Commissioner Sanjay (Rana). It turns out that Home Minister Mahadev Rane (Mahesh Manjrekar) and his associates (Atul Kulkarni) and Ramya Radhakrishnan (Suman Ranganathan) are the people involved in the scam. Ramya kills Sanjay's pregnant wife and her parents by poisoning while Maya, who is also poisoned, and Mango, who was placed on railway track, survive the attack. Arjun who hears the flashback decides to help them.

Ashok and Arjun arrive at Bangkok to meet Deeksha (Akshara Gowda), daughter of Mahadev Rane. Arjun enters a bank in the guise of a service engineer, opening an account so that Ashok can transfer all the money of the minister into his account. Maya kills Ramya by pushing her off a building. Deeksha later finds out their plan but later she is threatened at gunpoint by Ashok. Ashok, Arjun and Maya later arrive in Mumbai but they come to know that Mahadev has kidnapped Anitha. Ashok tactfully kidnaps Deeksha and Durrani in Kashmir. Mahadev arrives at Kashmir with Anitha. Here, both Durrani and Deeksha get killed in the mayhem while Anitha is saved. Ashok kidnaps Mahadev and ties him to various bombs, he questions his coorupt activities. Prakash who arrives there calls Ashok to defuse the bombs. Ashok advises Prakash to think from the point of view of a common man, instead of a policeman, to think whether it is right on his part to save a corrupt person. Prakash later changes his mind and asks the other policemen to leave him. Mahadev is killed in the blast. Arjun and Anitha get married while Ashok transfers the illegal money of the minister to Reserve Bank and disguises his appearance. 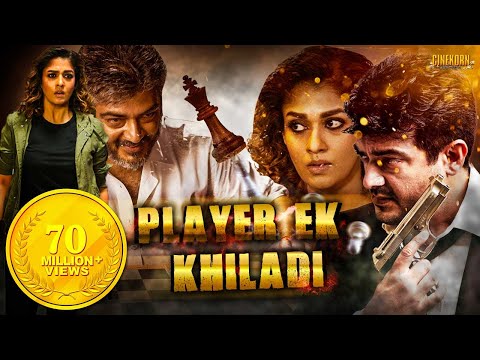 The film starts with Ashok setting bombs in three places and informing the police about them. Before the police arrive, the bombs are set off. He alon...